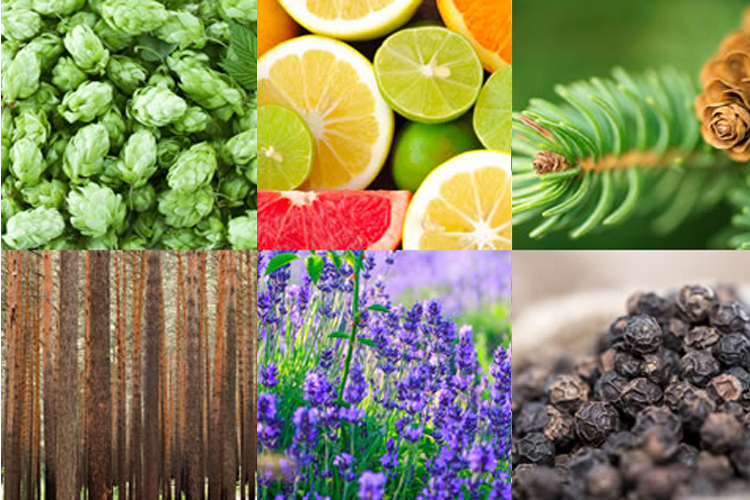 “Terpenes” is a term healthcare practitioners rarely use, and it would probably generate a confused look on most patients’ faces. However, these compounds have numerous applications for supporting health and wellness. The term “turpentine” probably comes to mind first when you see or hear this term and it’s no coincidence. Turpentine is the original word from which terpene was derived, though it is now used to specifically describe the solvent (a terpene!) which is distilled from the resin of pine trees.

Terpenes are more commonly known as essential oils, but this may be an oversimplification. Terpenes are a class of organic hydrocarbons, lactones, alcohols, acids, aldehydes, and ketones with strong aromatic properties. They are extracted from plants and are the primary constituents of essential oils.

Various classes of terpenes exist, but the most common medicinal classes are:

Terpenes in these two classes have been well-studied and found to exert anticancer, anti-inflammatory, antinociceptive, antidiabetic, and antimicrobial activities as well as effects on the central nervous system.

Taking a walk through the woods has long been recognized as a good practice for health and stress relief. Deeply breathing the forest-derived terpenes may be one reason for the health effects of wandering through a forest, which has been shown to have supportive effects on asthma, atopic dermatitis, immunity, cancer, and neuronal health. Conifers are one of the richest sources of anti-inflammatory terpenes such as α-pinene, β-pinene, camphor, camphene, sabinene, limonene, menthol, cymene, and myrcene.

As functional medicine practitioners know, systemic inflammation underlies many chronic health conditions. Therefore, it shouldn’t be a surprise to learn that the anti-inflammatory forest terpenes are also known for their anti-tumor effects. D-limonene, for example, is well-researched for its anti-tumorigenic activity in various tissues whereby it induces apoptosis of tumor cells, positively modulates natural killer cells, and increases intracellular levels of anti-tumor proteins. Finally, various forest terpenes have shown neuroprotective properties in vitro and in animal studies, opening the possibility that terpenes might someday play a role in therapeutic agents for neurodegenerative disorders.

The resin of hemp (Cannabis sativa) is a rich source of medicinal monoterpenes and sesquiterpenes. An analysis from the University of Mississippi quantified α-pinene, β-pinene, β-myrcene, limonene, terpinolene, linalool, α-terpineol, β-caryophyllene, α-humulene, and caryophyllene oxide from hemp plants. Hemp-derived terpenes may contribute to the anxiolytic, antibacterial, anti-inflammatory, and sedative effects of cannabis.

The terpenes do not function independently from hemp’s other health-promoting compounds, namely, cannabinoids. In fact, the interaction of the terpenes and cannabinoids has been called the “entourage effect.” This term is used to describe an enhanced effect of the psychoactive or non-psychoactive cannabinoids (THC and CBD, respectively) which results from the synergistic activity of combined cannabis components. The British Journal of Pharmacology published a review focusing on phytocannabinoid-terpenoid interactions that could produce an entourage effect with respect to modulation of pain, inflammation, depression, anxiety, addiction, epilepsy, cancer, fungal and bacterial infections. In the same review, the synergy of cannabinoids and terpenes was suggested to be of use for managing acne, MRSA infections, mood disorders, sleep, and addiction.

Numerous studies provide evidence for the use of terpenes in health and wellness. For example, a review on the various terpenes from the genus Vitex, which includes nearly 250 species, show they possess anti-inflammatory, antitumor, antibacterial, antioxidant, analgesic, endocrinological, and anti-hyperglycemic properties, which are responsible for the plant’s common use in managing headaches, migraines, ophthalmodynia, asthma, PMS, arthritis, and pain conditions. The highly fragrant patchouli plant is also rich in numerous distinct terpenes with biological activities including antioxidant, analgesic, anti-inflammatory, antiplatelet, antithrombotic, aphrodisiac, antidepressant, antimutagenic, antiemetic, fibrinolytic and cytotoxic effects.

Not only do terpenes have an impressive array of biological activities whose influence reaches multiple spheres of health, but also, their ubiquitous presence in nature makes them easily accessible. Even a simple walk through the woods will expose one to their medicinal powers, leaving behind a gift of wellness.